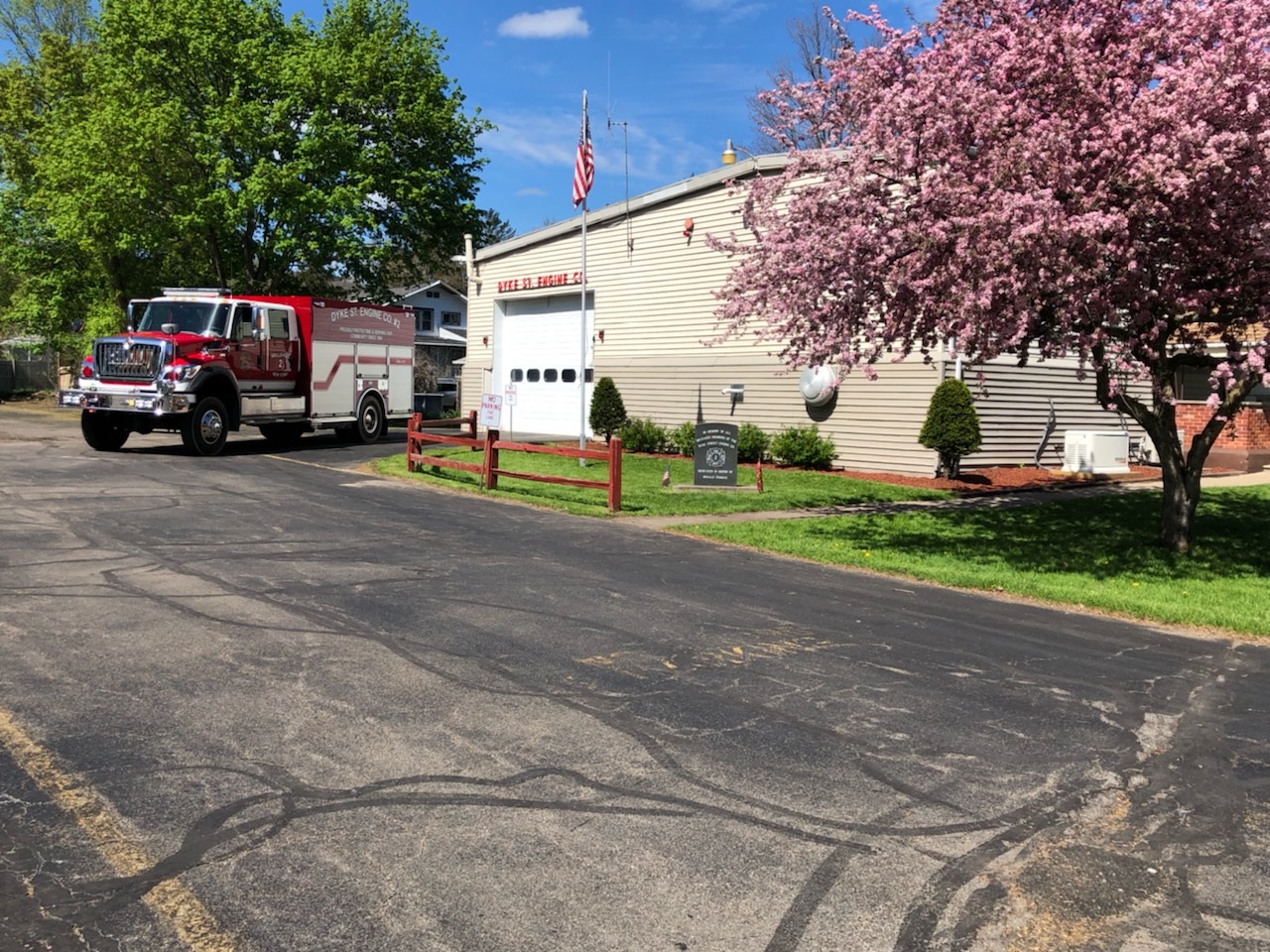 In the early 1890’s the southern part of the village was the site of huge tannery buildings, huge piles of bark and homes that constituted a dangerous fire hazard. A fire company located in the area was greatly needed.

The first recorded minutes of an official meeting was on August 16, 1894. It was held at the residence of one the members. The new company name was “Dyke Street Hose Company.” The new company first paraded at the first convention of the Allegany County Firemans Association which was held in Wellsville on September 27, 1894.

A building committee was appointed in 1896 and a lot and barn was purchased on Dyke Street. The company paid $110.00 for this piece of property. A fire station was built on this property which measured 20’X36’. Today this building houses the Dyke Museum. The first regular meeting held in the new hall was held June 5, 1899. In April of 1905, the company was incorporated as Dyke Street Hose Co. #2

The first piece of motorized fire apparatus was purchased and was a 1912 Lippert Stewart made in Buffalo and delivered in September 1912. This was the first motorized fire engine in Allegany County. The company became a member of the Southwestern Association in 1913 and joined the State Association in 1914. The second truck was a Sandford pumper and was purchased in 1928. In 1939, we purchased a White pumper, built by Caseler Manufacturing Company. In 1938, the company name was changed to its present name Dyke Street Engine Company #2, INC. The fourth truck owned by the company was a GMC American LaFrance purchased in 1956.

In 1960, a committee was appointed to look for more land and possibly a new building. In 1961, the Old Washington School was purchased for a new fire hall. The first annual meeting and dinner was held in the new fire hall in April 1966. Open house and dedication of the new fire hall was held in 1968. This new fire hall along with plenty of parking had fulfilled the dreams of all of our members. In 1972, we purchased a GMC Howe pumper. This pumper was delivered about one month prior to the Flood of 1972. This pumper proved itself during and after this disastrous flood. In February of 1983, we took delivery of a 1000 GPM Ford Pierce Pumper that we have owned. In the fall of 1997 we took delivery of a Pierce Saber pumper, which served us until summer of 2014. Then in October 2014, we took delivery of our International KME four wheel drive, rear mount pumper.

As we look back over the past 125 years the Dyke Street Engine Company and its members can be proud of their contribution to the safety and wellbeing of the citizens of the Wellsville community. 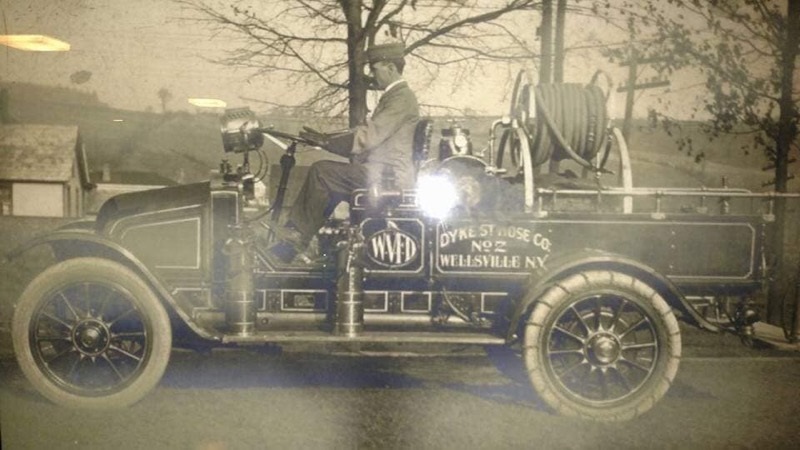 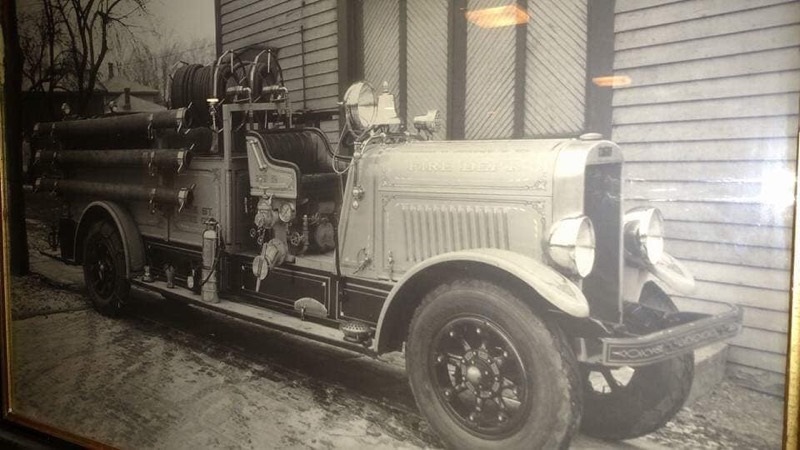 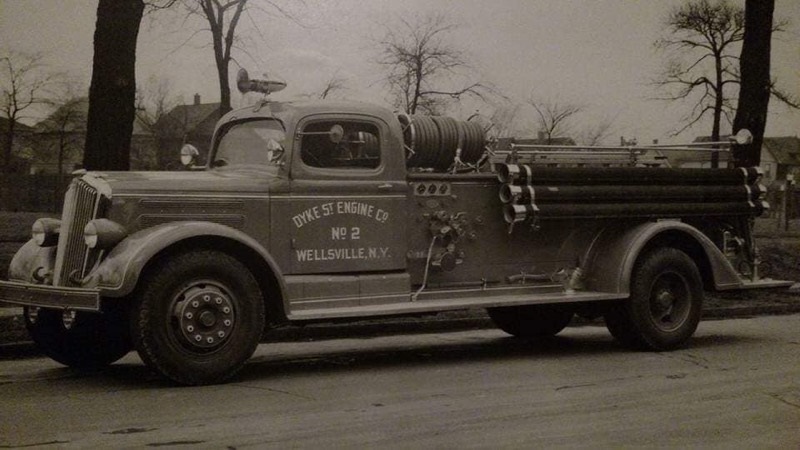 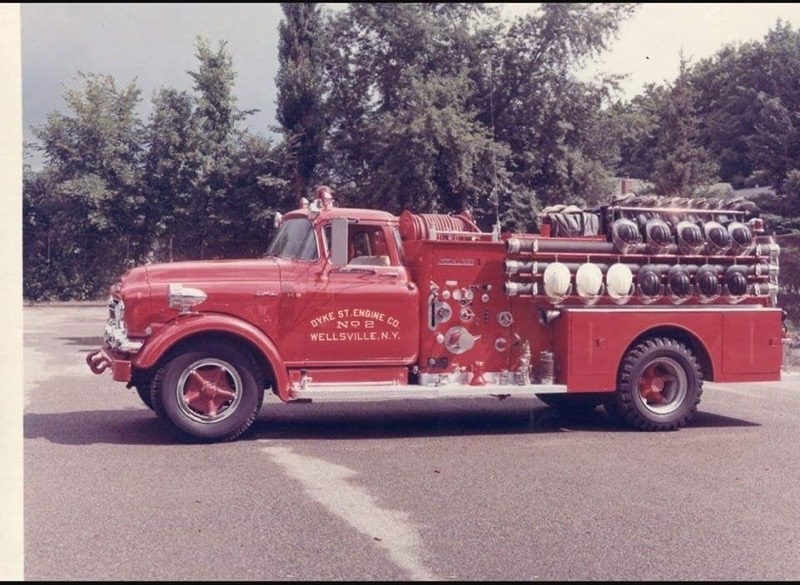 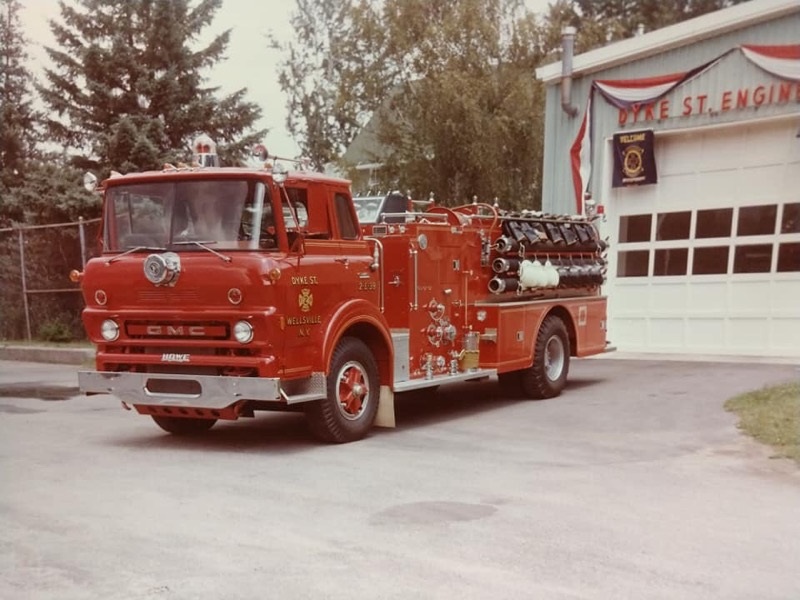 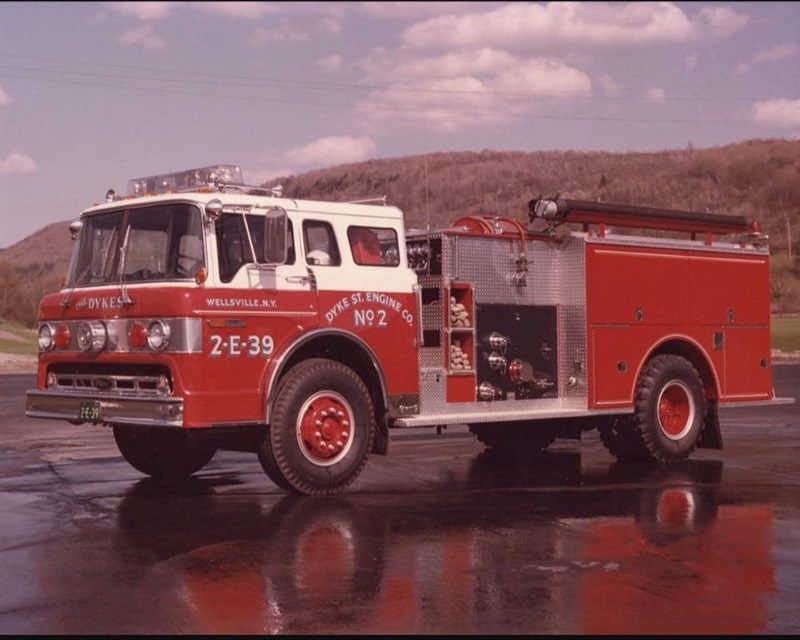 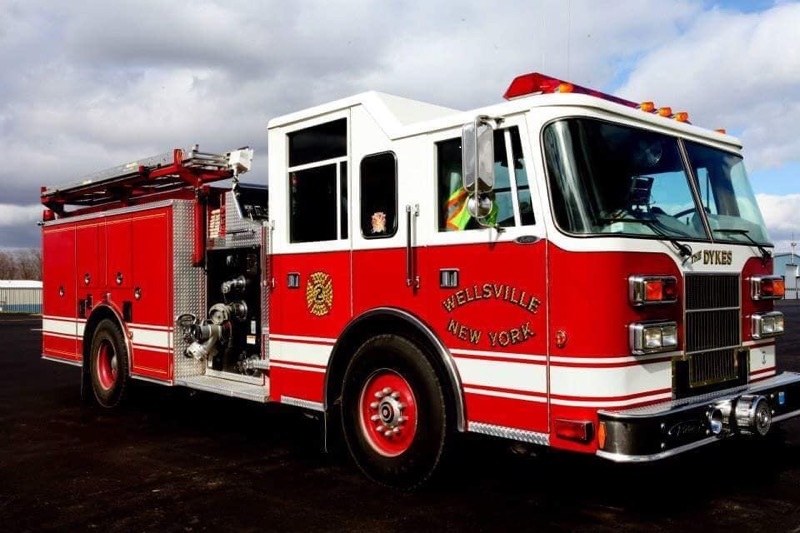 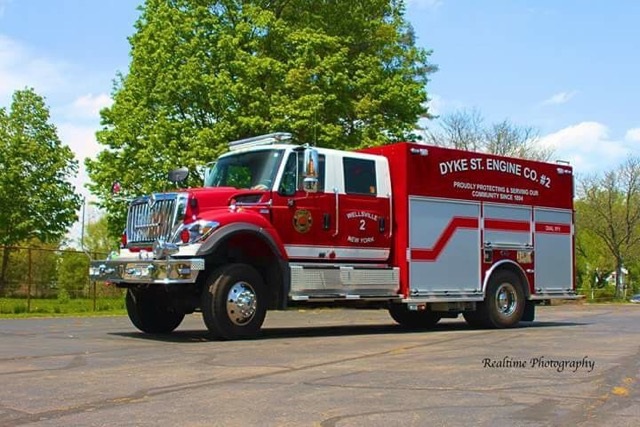 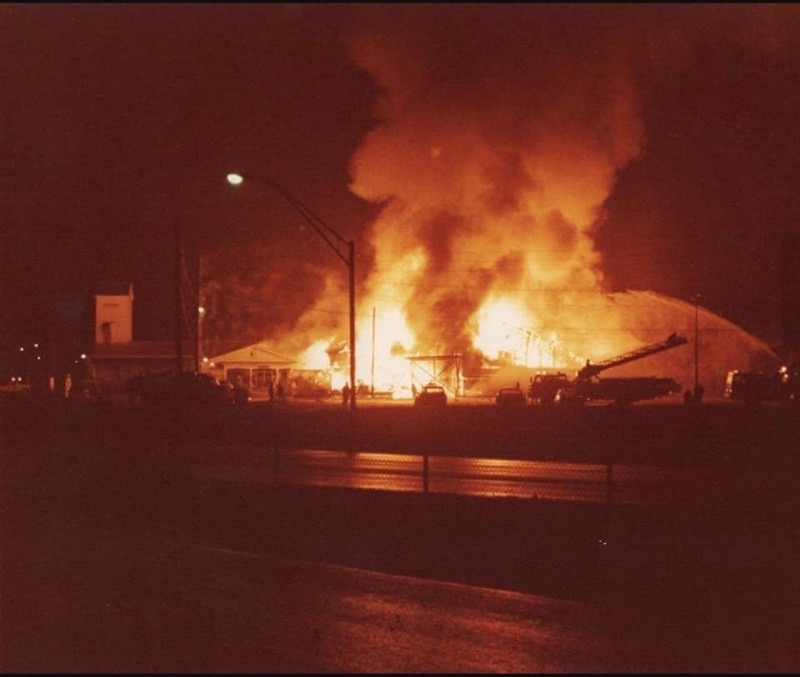 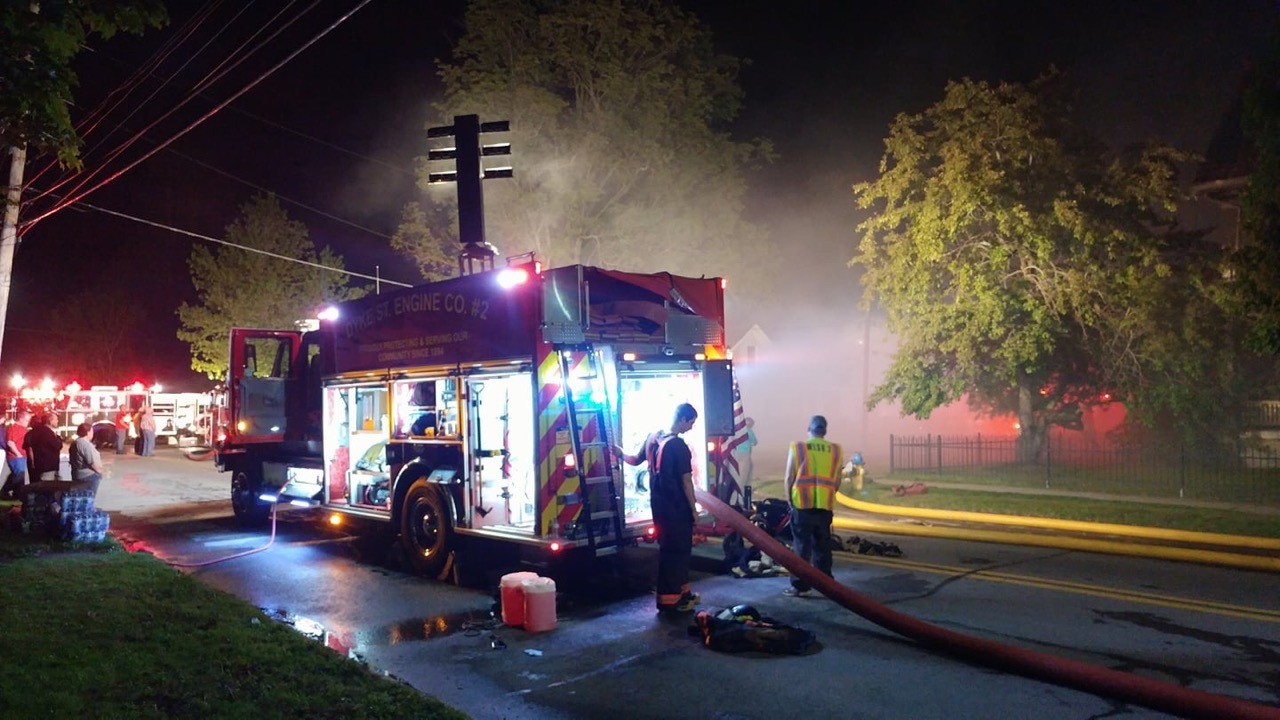