Send us a text.

Send us an Email. 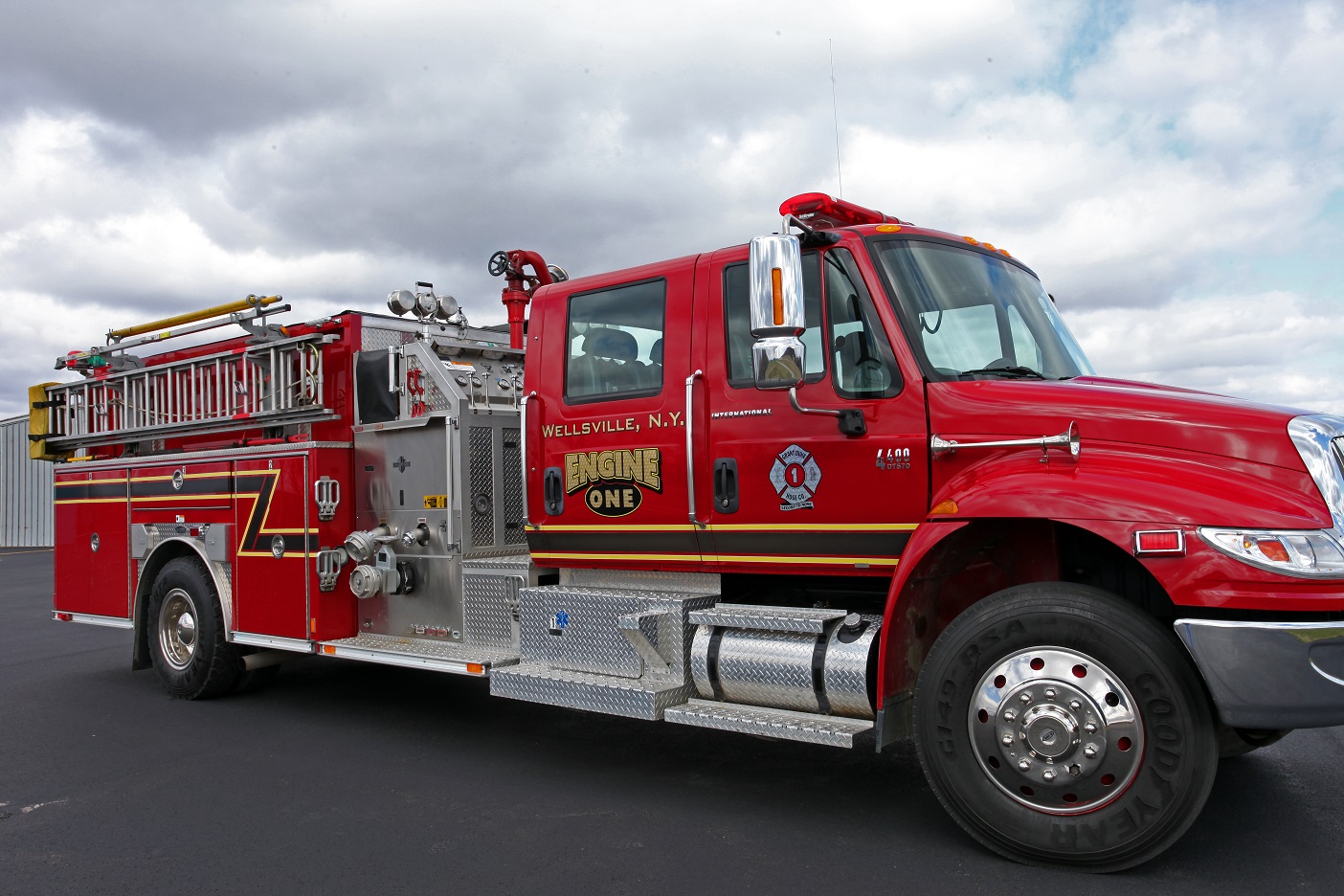 We are registered as a 501(c)(4) corporation.  As a volunteer fire dept., your donations should be 100% tax deductible.  You can make donation through the PayPal link below or mail them to 80 Stevens St.  Wellsville, NY 14895.

August Howard for whom the company was first named, was an owner of the Bush and Howard Tanneries. He was President of the village of Wellsville (same as Mayor) in the 1870’s.

April 1883 after reorganizing, the Almy Hose Co. members agreed to start on a new Hose House on the Brooklyn side of the Village. May 30th 1884, resolved that the Chief Engineer be instructed to sell the Brooklyn Engine House for $200.00 and the proceeds to be used for the purpose of building an engine house for the Almy Hose Co. The village budget for March, 1885 shows an appropriation of $100.00 for a fire Company owning Hose House. Other Companies not owning own hose house received $25.00.

In 1883 the Almy Hose Company remodeled their Hose House by adding a tower to the southeast corner for the purpose of drying hose. While there is no record of the event, a large fire bell was placed in the tower and in July 1936 this bell was removed from the tower. In October 1942 the bell was donated to a scrap drive conducted by the United States Government for war purpose.

January 18th (19th), 1914 a disastrous fire of the Aluminum Works gutted the Duke Hose House and its roof collapsed. In March 1914 a contract was entered into for immediate rebuilding. June 14th 1915 a proposition was made before the company to purchase a Motor Truck. In September 1915 a Lippard Stewart truck was delivered. The Dukes being the first motorized fire company (wrong-Dyke St. Engine Co. was the first) in the Village of Wellsville. Following the motorization of the Fire Company orders were given to retire the horse and sell the old hose wagon for $75.00.

In October 1937 the trustees were authorized to purchase the third fire truck from Casler Mfg. Co. which was delivered and paid for in April 1938. Sixteen years later our Diamond T was replaced by a new John Bean fire truck a 750 Gallon Pumper with high pressure nozzles. Presently, we have a 1974 John Bean Diesel, 1200 Gal. per minute pump.

As the old Hose House through 85 years, withstood the rigors of service, fire, remodeling and failure to pass inspection by the Fire Underwriters it became necessary to consider building of a new Hose House. A land option was secured at a new location in September 1962, land purchased, plans drawn and ground broken in October 1962 with building completed and occupied in May 1968. An addition was added in 1981 giving us a new updated kitchen area, a new air conditioned social room and bar and storage area. 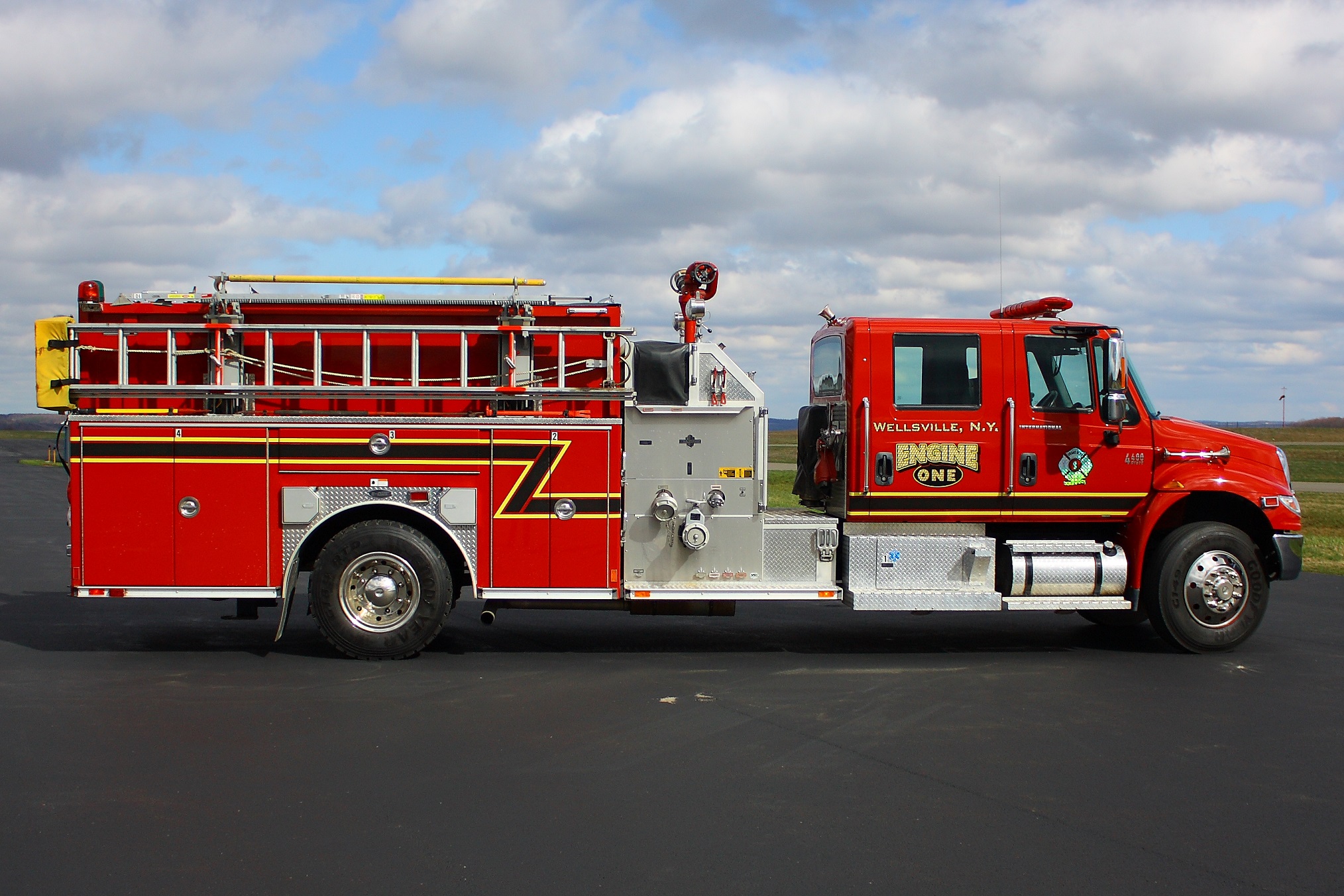 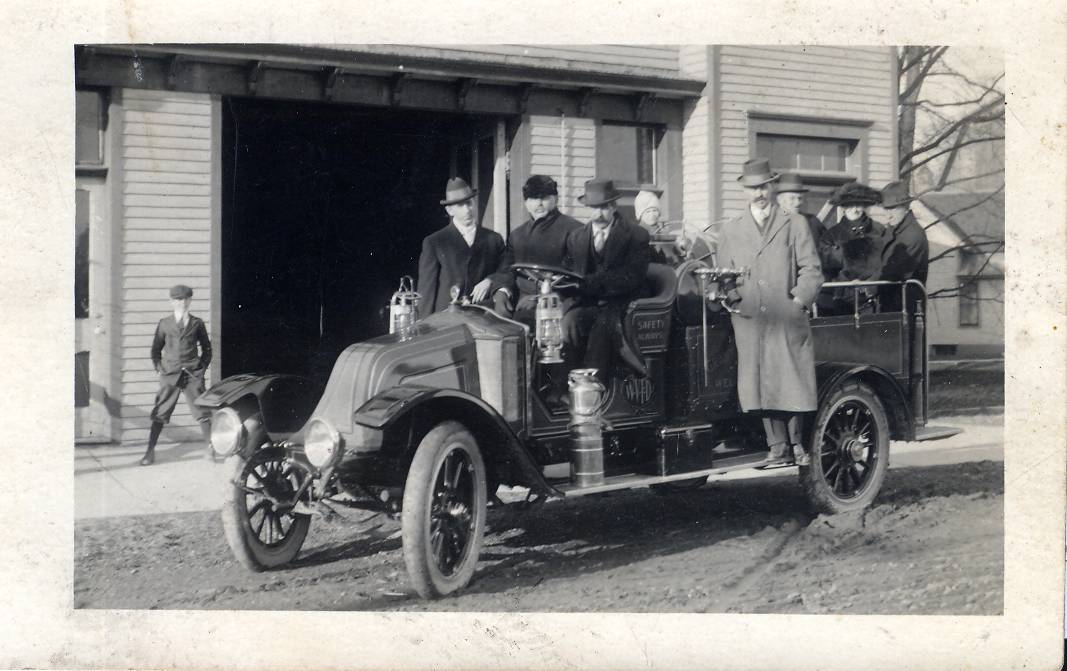 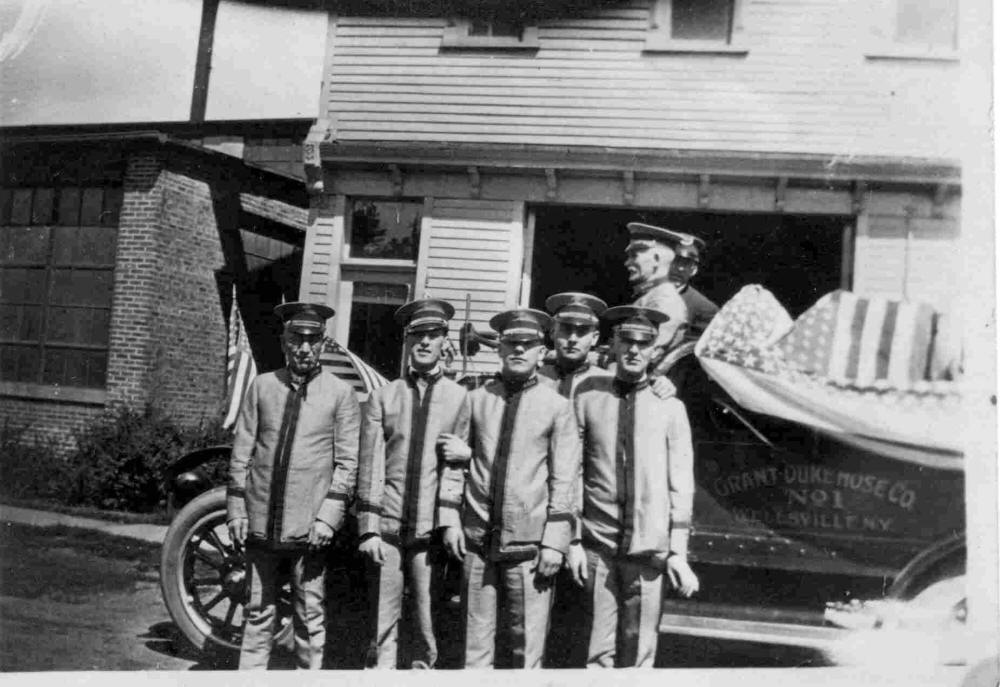 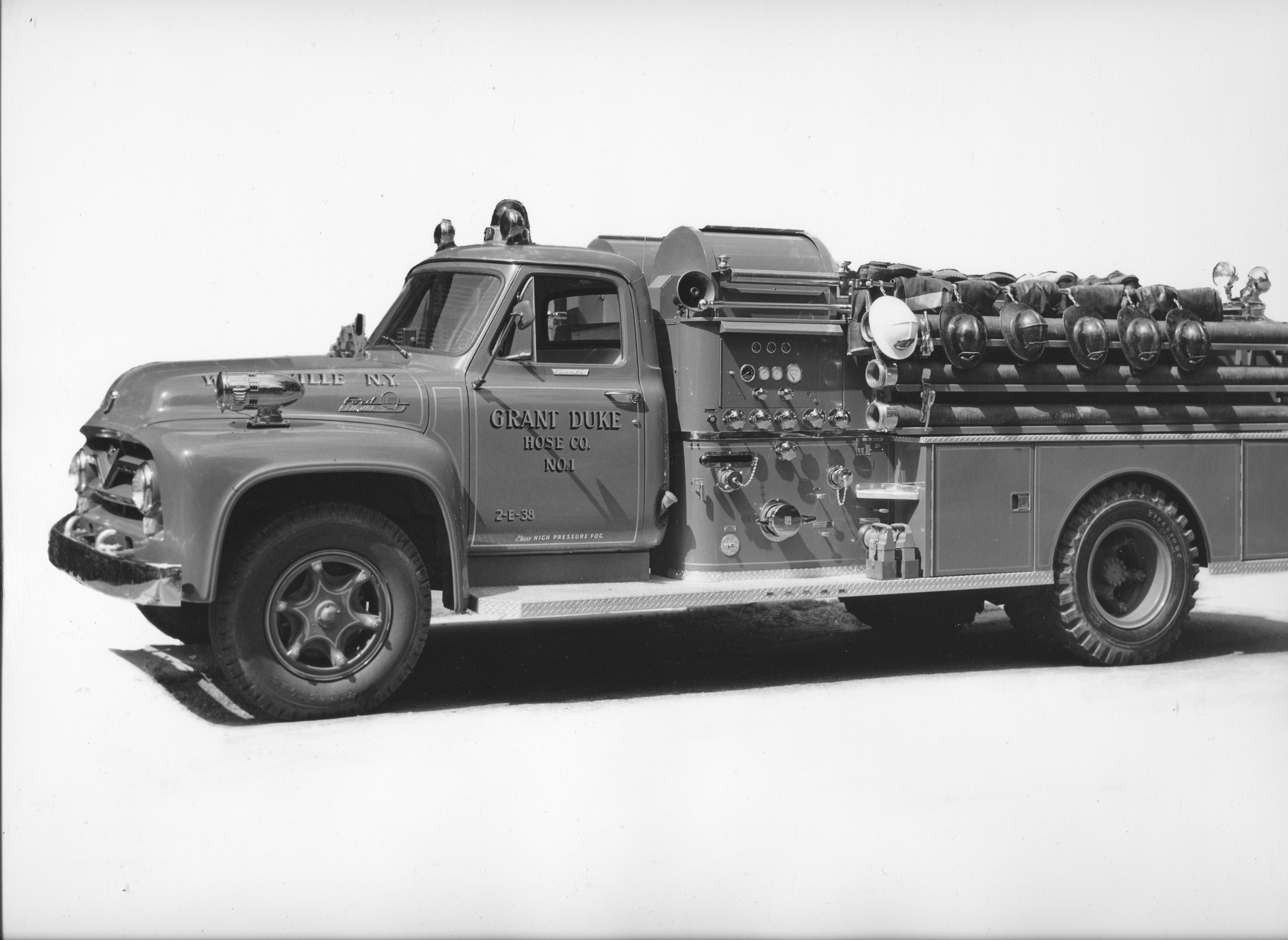 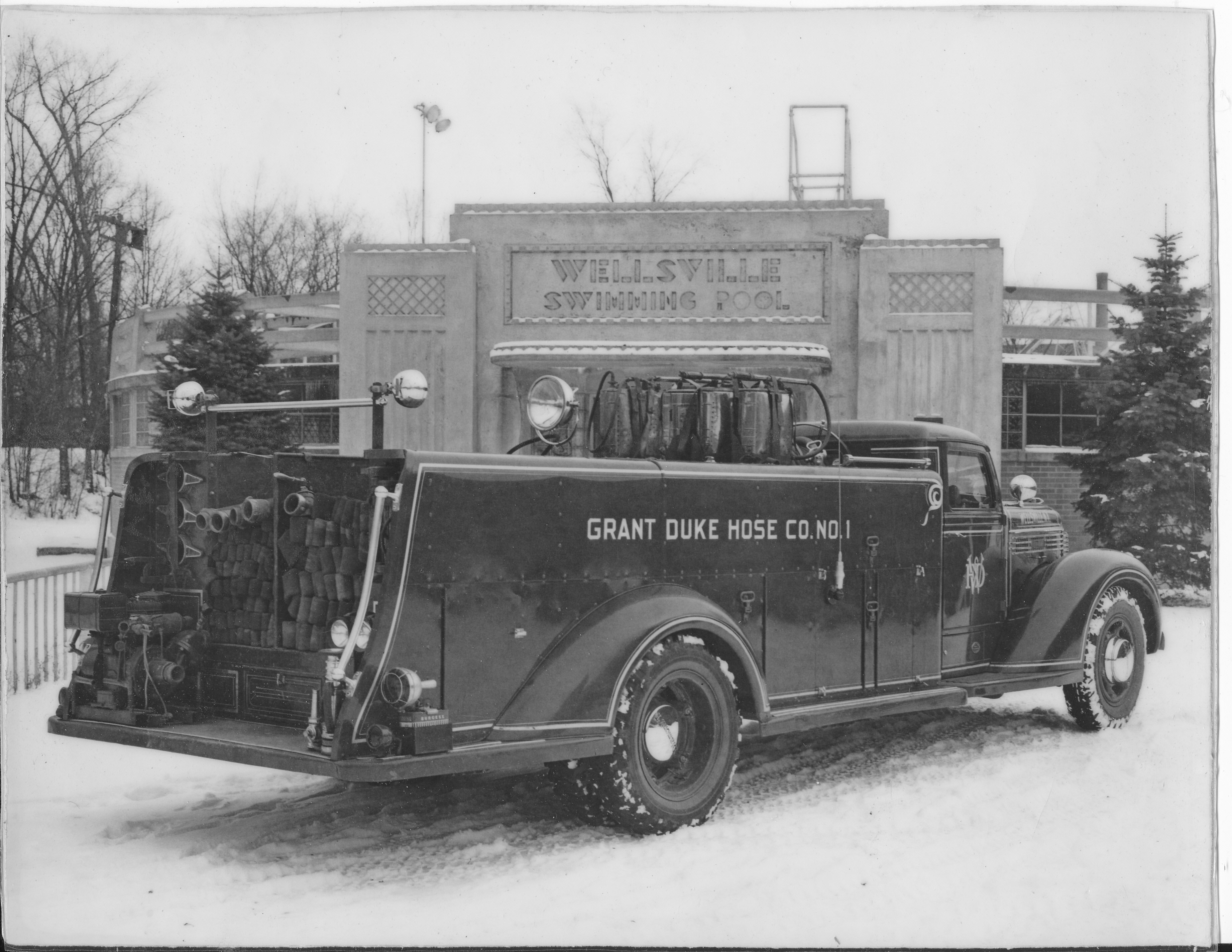 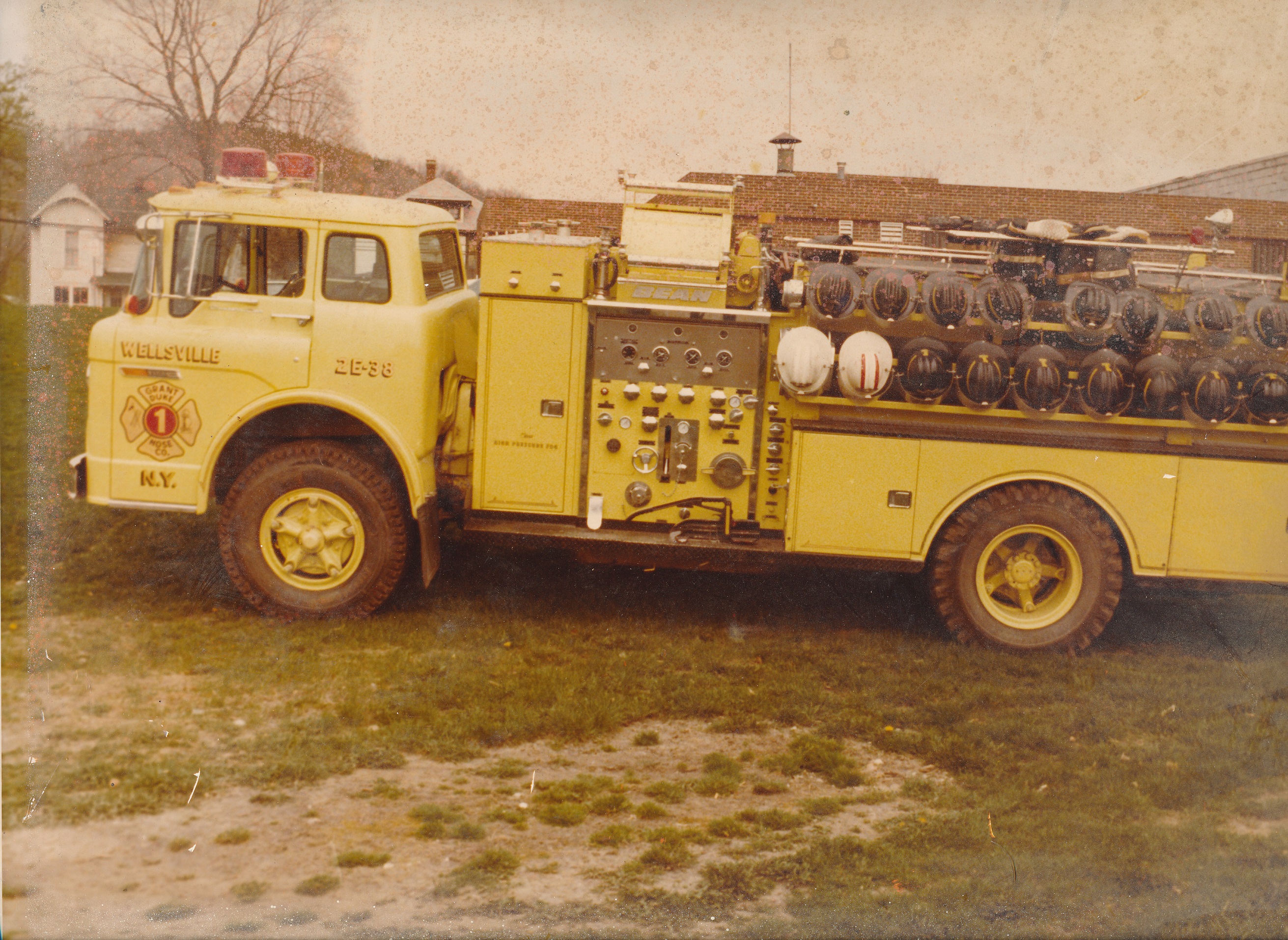 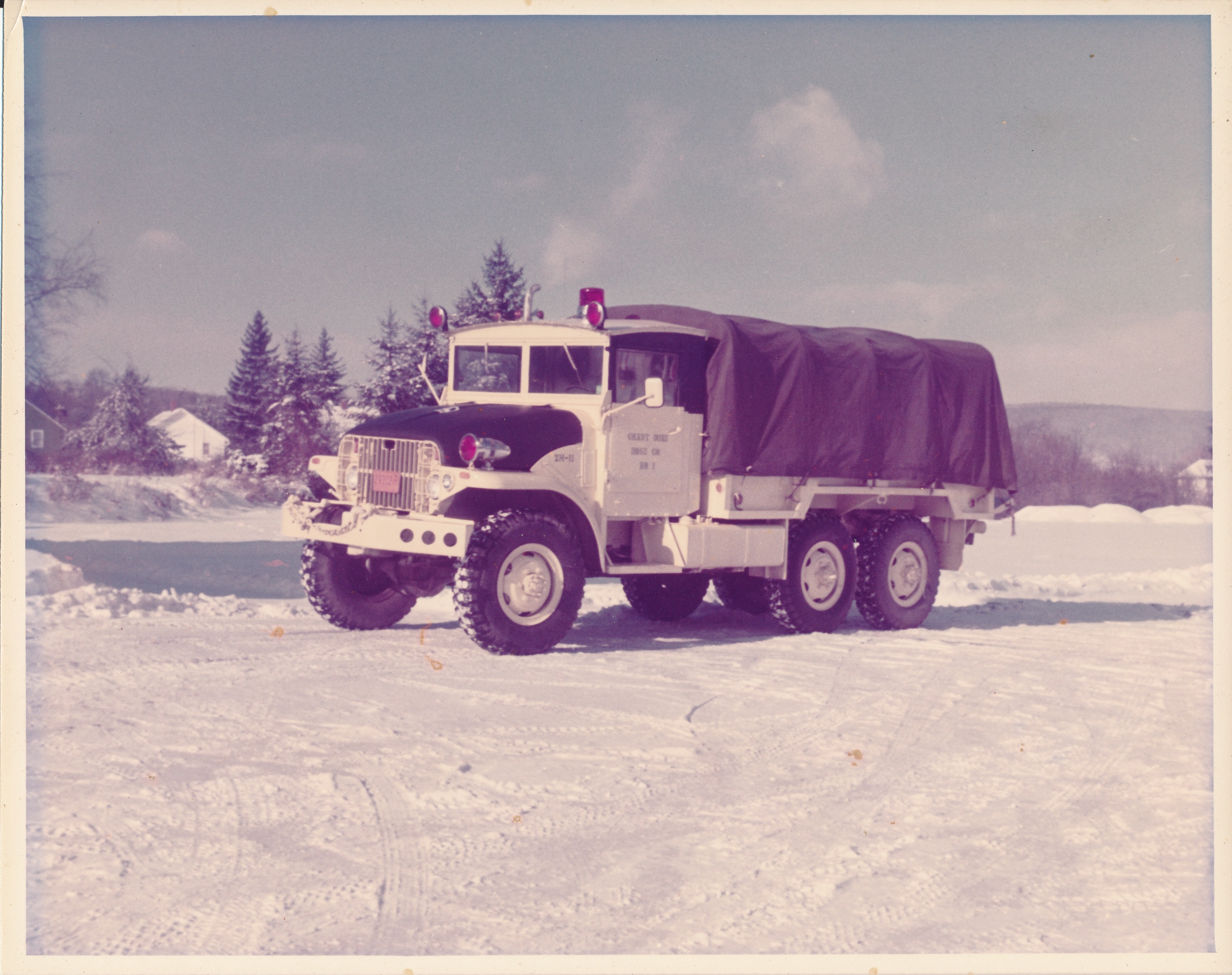 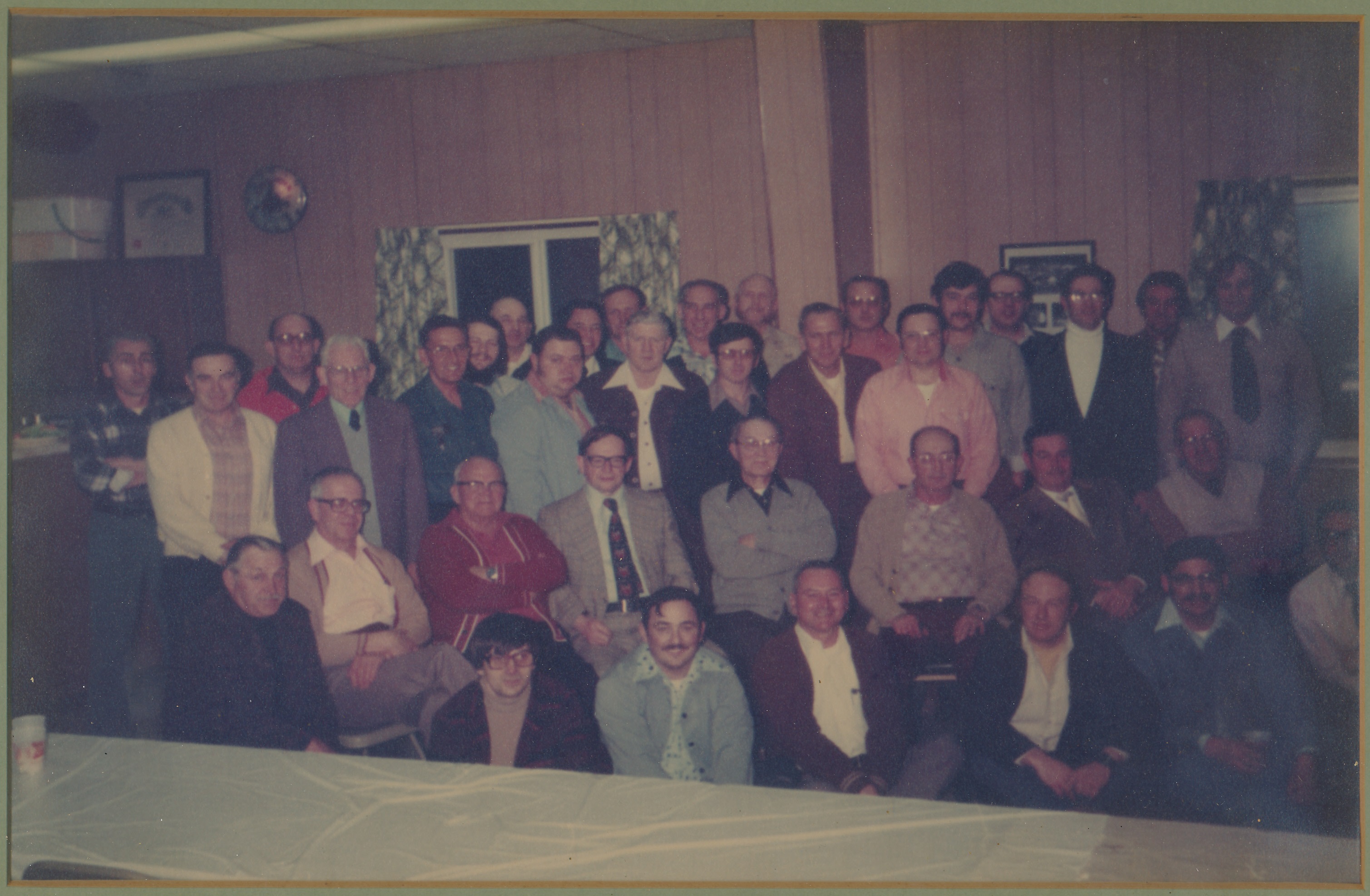 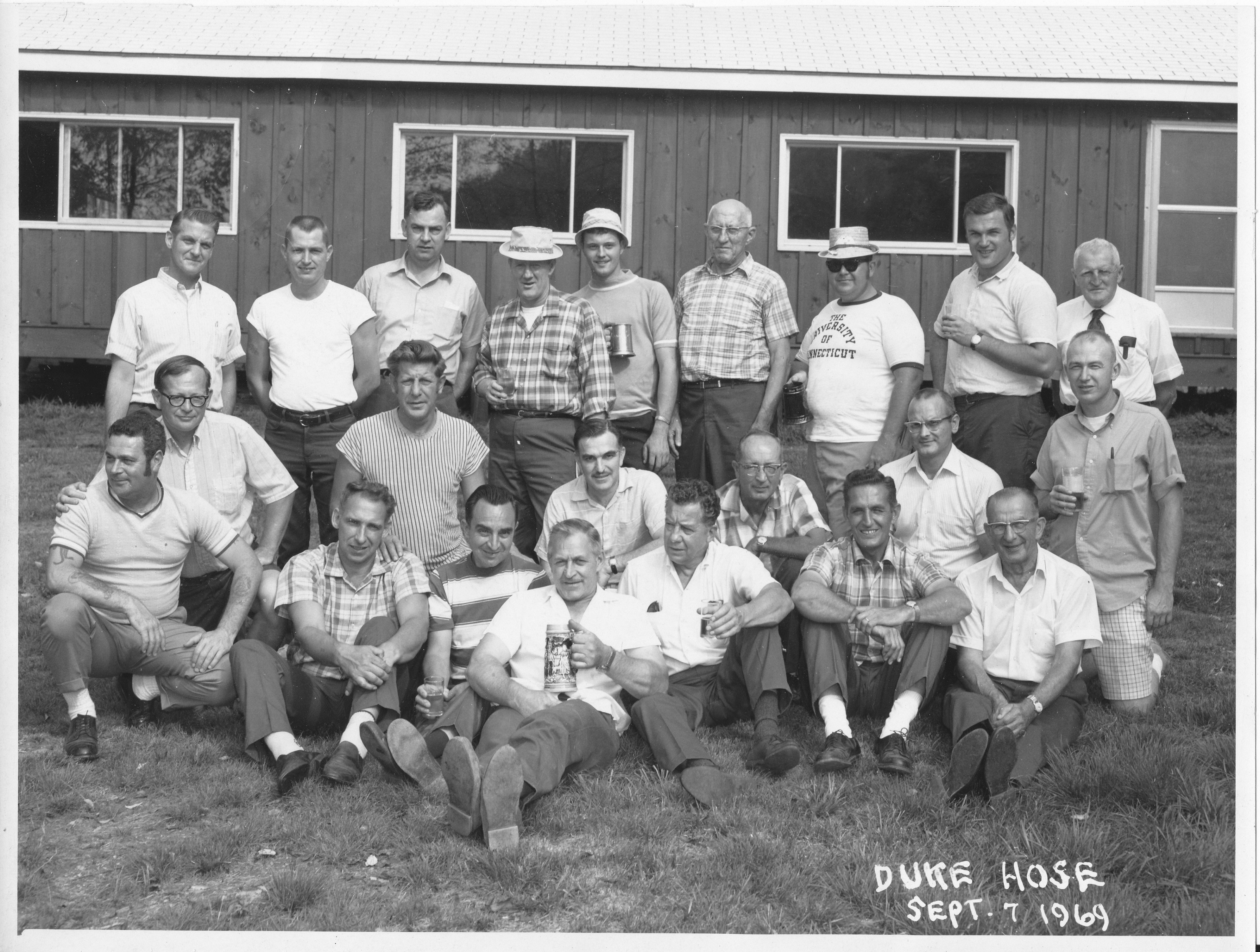 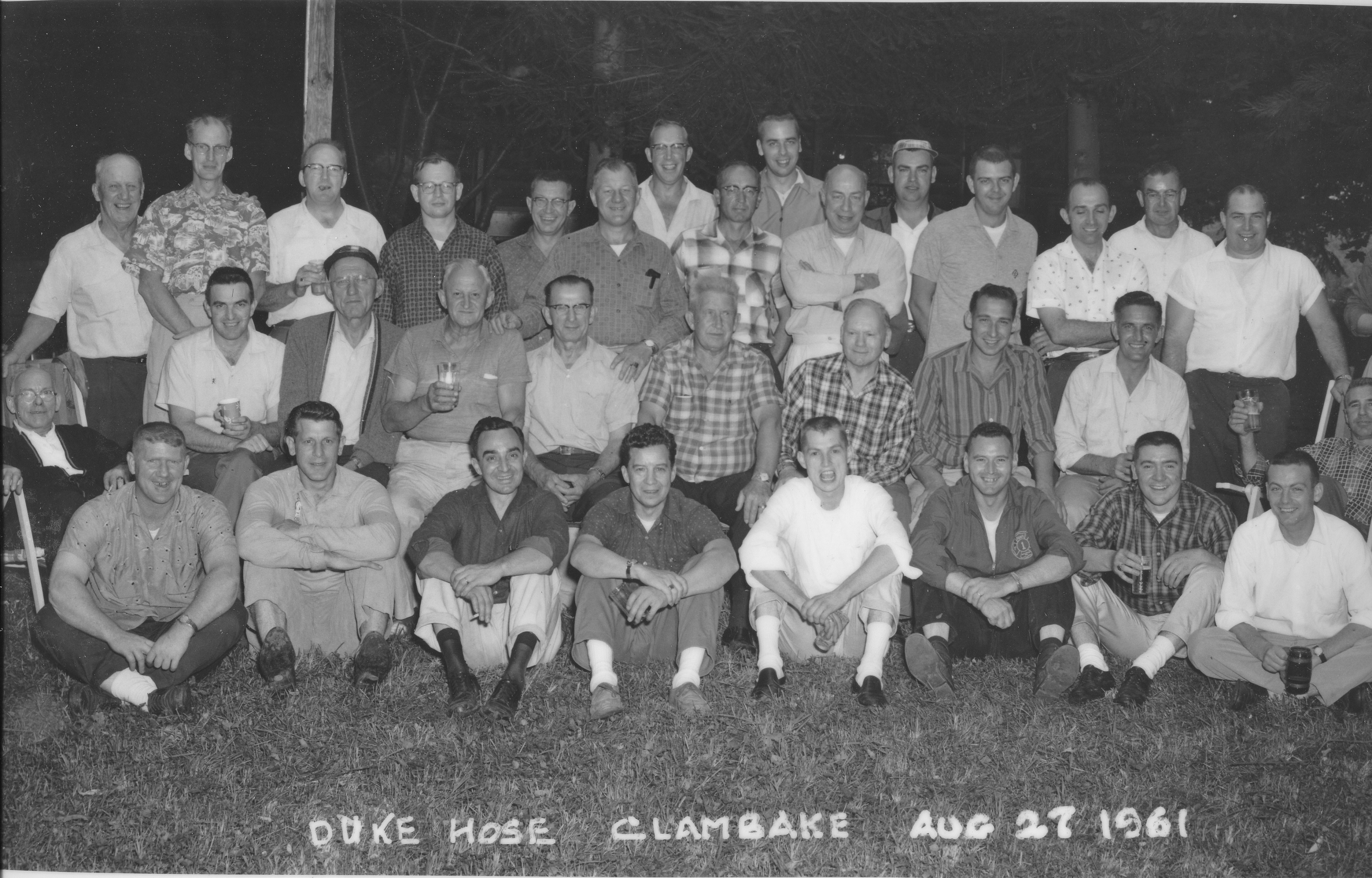 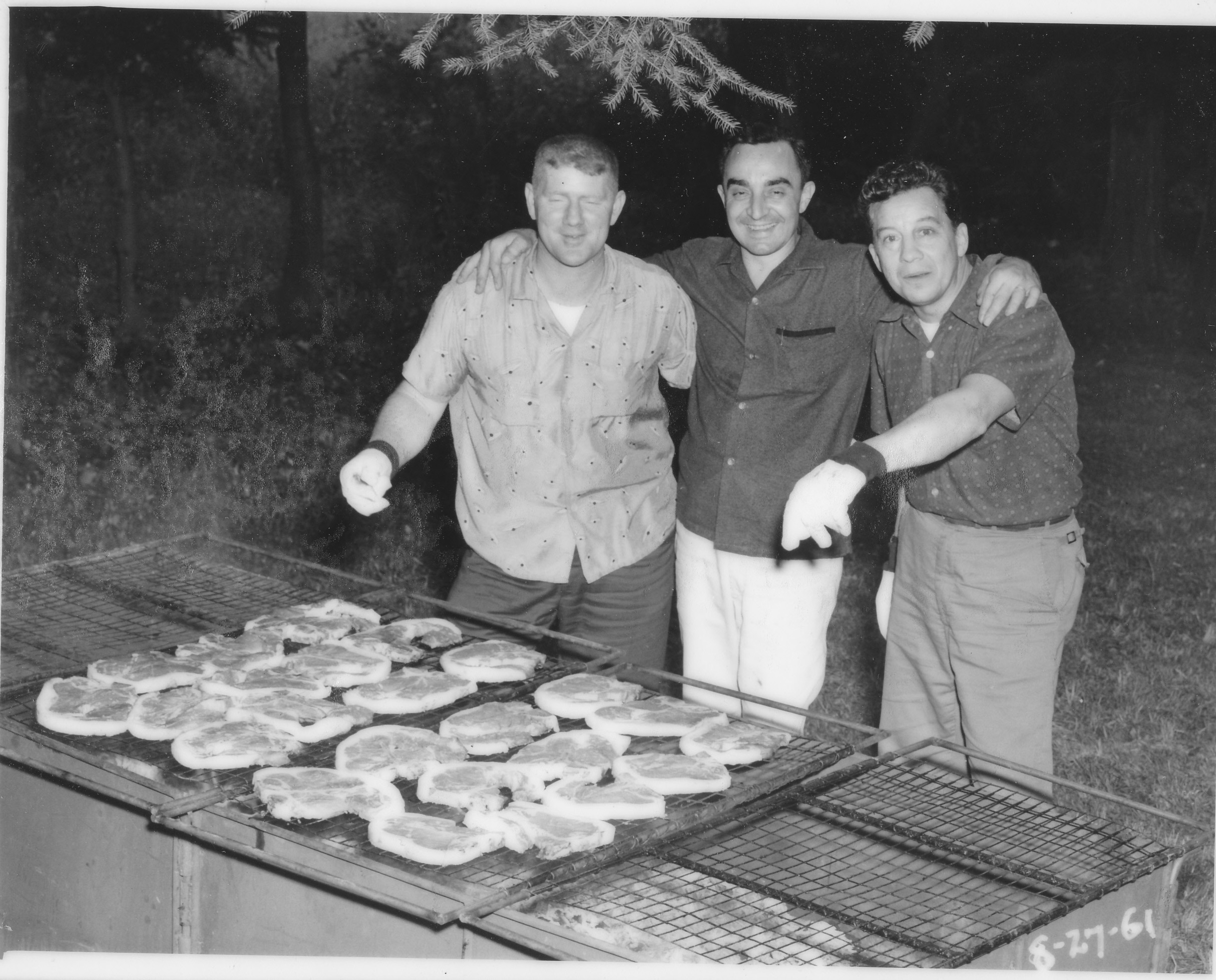 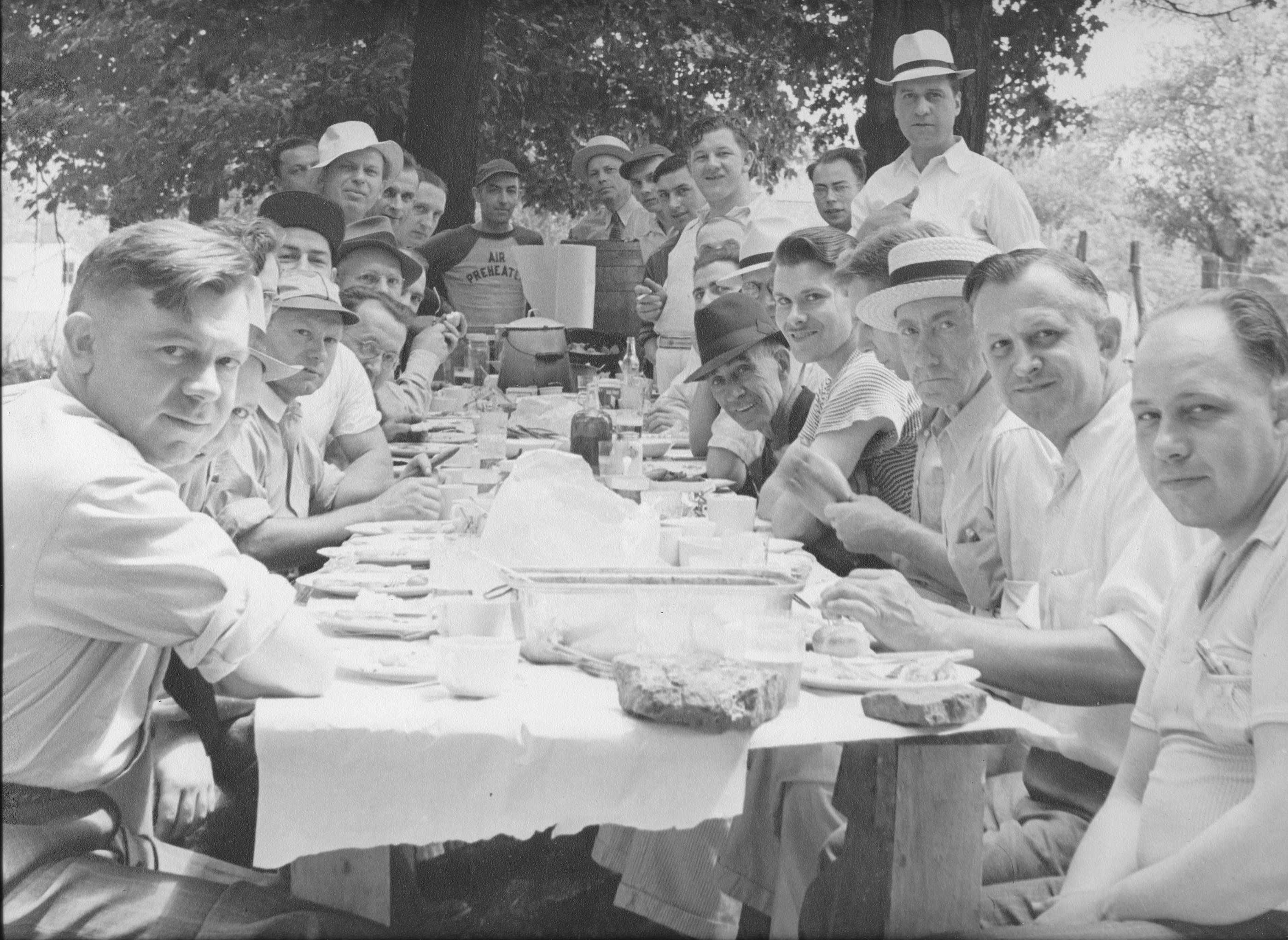